Barcelona youngster Gavi has made a decision on Liverpool

The 17 year old midfielder has made a name for himself this season at Camp Nou with scintillating displays. A product of the highly famed La Masia, Gavi is a gem in the middle of the pitch.

Gavi’s performances this season have made all of Europe’s top clubs take a keen interest in him. From reports of Chelsea’s interest earlier on to now Liverpool, they’ve all inquired about his situation.

This is all due to a contract renewal that has taken longer than expected to be signed. However, according to Catalan news publication Sport Barcelona are optimistic that Gavi will prioritize Barca’s sporting project over money elsewhere.

Barcelona have Gavi’s new contract almost ready since December. It’s matter of time to complete the proposal and then enter into final details. 🔵🔴 #FCB

Club still more than optimistic to get his contract extension signed this year ⤵️ https://t.co/WmwshAbBIp

The reason for so many clubs trying their luck at signing the youngster has obvious reasons. The youngster only has 1 year left on his contract and an affordable release clause of £40 million.

Nevertheless, it does seem that the La Masia midfielder will opt to stay under Xavi’s Barca than move somewhere else.

Another Barcelona talent, other than Gavi, Liverpool have scouted is Ronald Araujo, who has cemented himself as one of the best defenders in Spain.

Xavi recently said this about the duo’s contract negotiations: “They are very important. The club cannot allow either of them to leave.

“They are transcendent footballers. I think their renewals are a matter of time. I want to think that the two of them will stay and reach an agreement with the club. I’m optimistic.”

Liverpool have shown interest in Torino’s center-back Gleison Bremer. However, they will have to compete with Premier League rivals Arsenal to woo him over to Anfield. 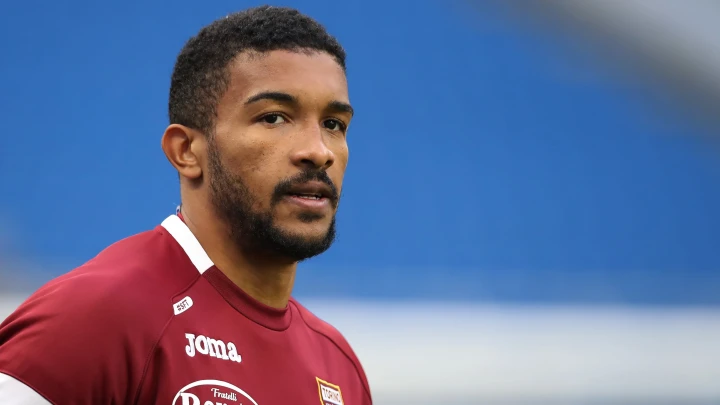 The defender is a key part of Torino’s defense

The Reds will have to pay a sum of around £25 million this summer, if they want him, according to Tuttojuve. Other English clubs such as Spurs and Man City are also reportedly interested.

Nevertheless, Liverpool are ahead of the rest of the pack when it comes to this deal. Still, the Reds would need a departure to see this deal come to fruition.

Marco Asensio took the world by storm with his stunning long range goals in 2017, especially in Clasicos. However, since then, the Spaniard’s career hasn’t taken off as it was expected to.

The 26 year old only has a season and half one his contract remaining. Contract talks have reportedly broken down, due to the player demanding a pay increase.

Liverpool and Arsenal have both made offers to Real Madrid’s Marco Asensio, with the winger approaching the final year of his contract. (Teamtalk) pic.twitter.com/2XM7HMjCyU

The report suggests that there are other big clubs around Europe who’re monitoring this situation. Arsenal are one of the clubs looking to sign him as he’s near the final year of his contract.

Regardless, the Reds are leading the race to sign the forward and are favorites at the moment.

Liverpool will face competition for Asensio

Asensio has an exorbitant release clause of $700 million in his contract. Obviously, Madrid and Liverpool will have to negotiate for the player.

Real Madrid are reportedly fine with letting Asensio leave for a fee of around £50-60 million. The former Mallorca man has scored 7 goals in 20 La Liga outings this season. 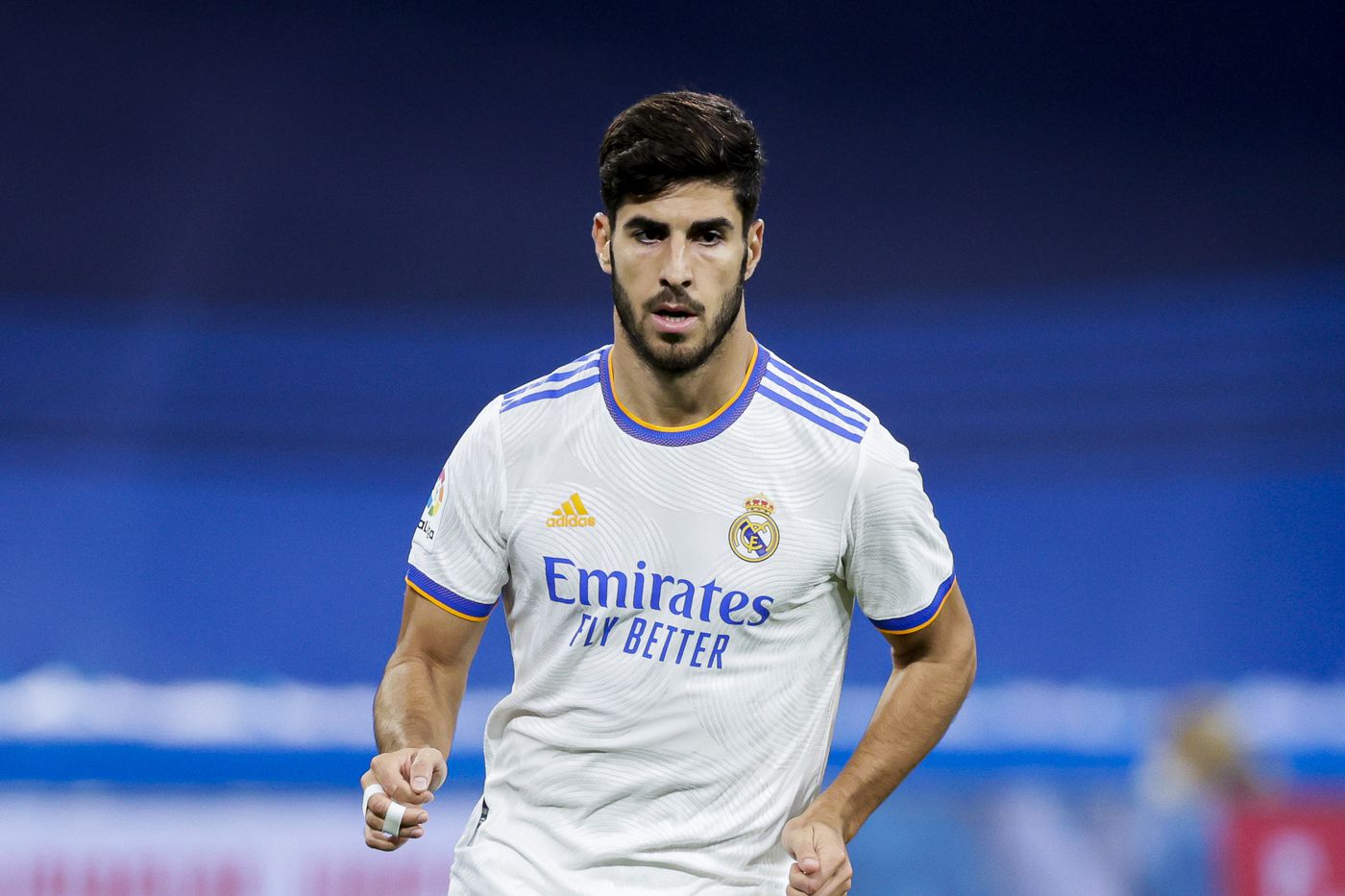 The Royal Whites are said to be proposing a basic wage of four and a half million euros annually, which corresponds to roughly £73,000 per week in football terms.

Possible incentives make it close to £100,000. Although, the forward could surely earn more elsewhere if this figure is genuine.

Liverpool are apparently willing to match Real Madrid’s offer by 50%, giving a package worth around £113k per week. Jürgen Klopp is a ‘huge fan,’ according to reports. 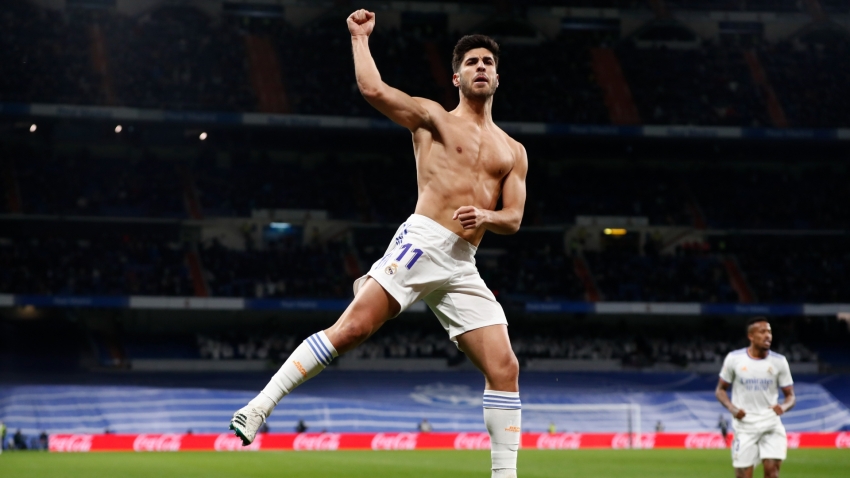 The winger was once touted to be the ‘new’ Messi and, he almost played the part too. However, an ACL injury during July of 2019 saw him stay out for almost the rest of the year.

He came back for just the very end part of the season, but was largely a former shadow of his own talent and abilities.

Nevertheless, he has since bounced from that setback and is starting to recover his old form. Asensio’s form under manager Carlo Ancelloti has also made clubs such Liverpool take notice.

Borussia Dortmund are reportedly unwilling to pay the asking price for Liverpool target Karim Adeyemi. The striker from Salzburg was on his way to the Bundesliga.

Karim Adeyemi’s excellent displays at RB Salzburg have wowed numerous clubs around Europe. The German international has been linked with a return to Germany, in the last few months. 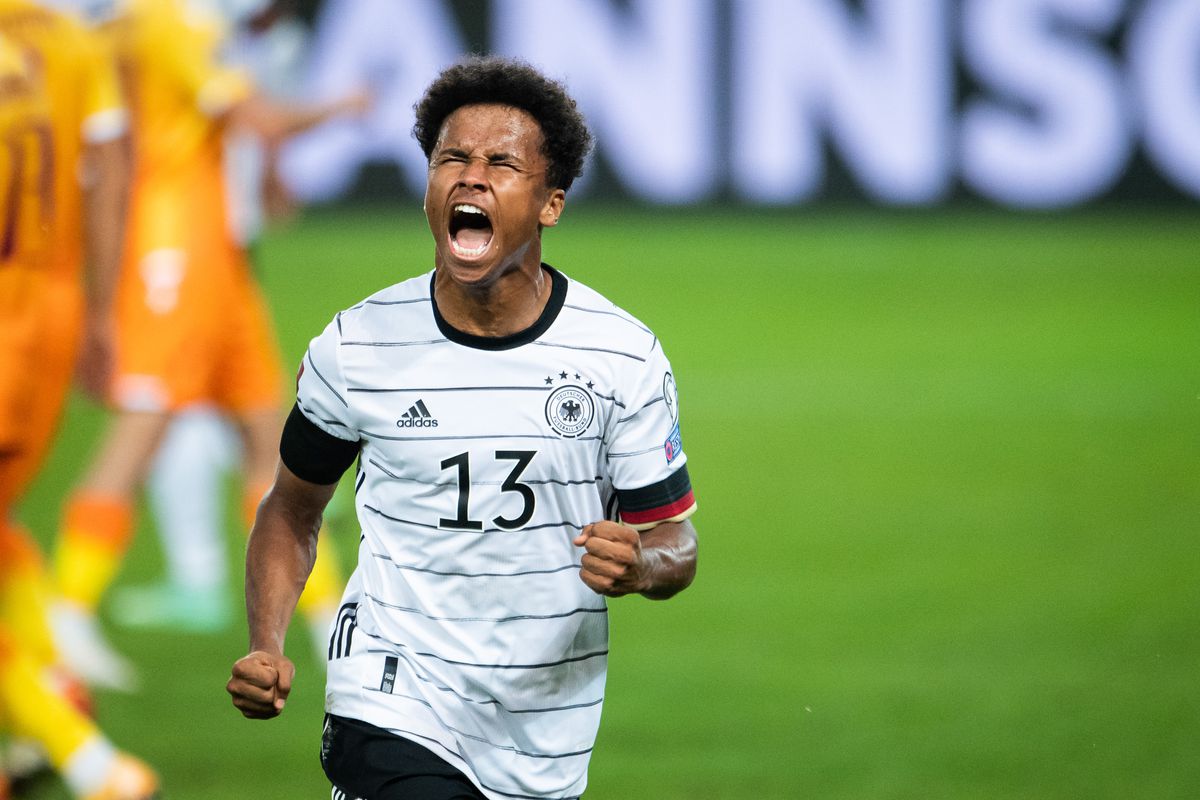 The Salzburg forward has already made his National team debut

Adeyemi’s move to Dortmund appeared to be a bygone conclusion for months. However, nothing substantial has yet to transpire, which may provide some optimism to rival bidders such as Liverpool.

Numerous big clubs around Europe have been linked to the youngster, including names like Barca. The Red themselves have kept an eye on the youngster since he was 16 years old.

Owen Hargreaves predicts Karim Adeyemi will soon join one of Bayern, Liverpool, Barcelona or PSG as they are all interested in the highly-rated Nigerianhttps://t.co/4OCh4so1Di

The Reds currently have an attack that makes every club jealous, with arguably the best player in the world. However, with Salah and Mane reaching their thirties, and Firmino’s decline, Liverpool have to start searching.

Not to mention, all of them will see their contracts end after next season in 2023. With Jota’s and Luis Diaz’s signings, Jurgen Klopp has already started thinking of the future. 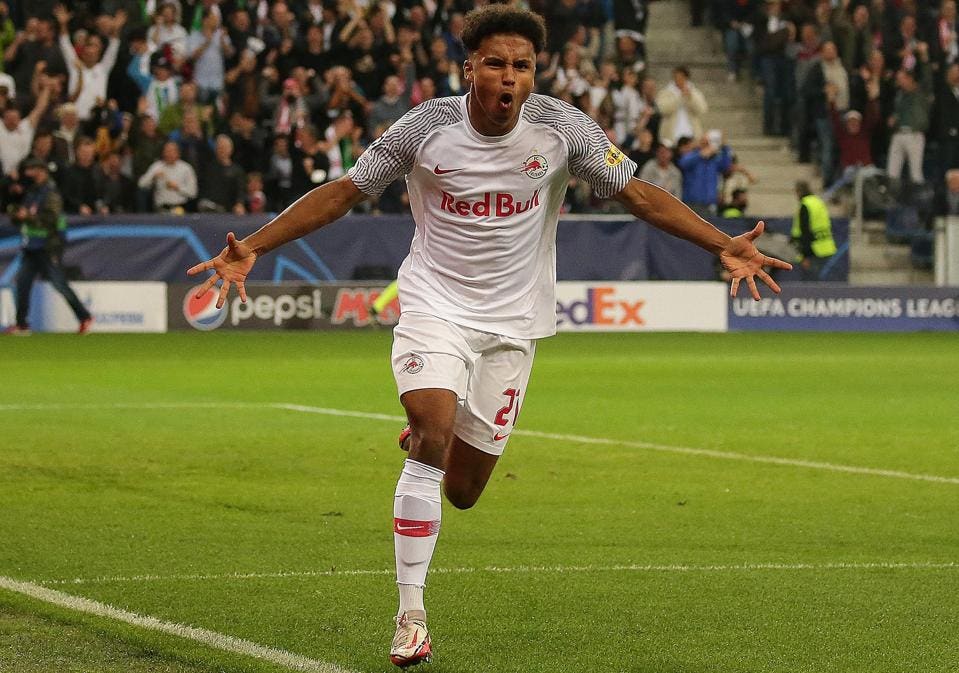 At just 20 years of age, Karim Adeyemi has shown himself to possess immense talent. The Salzburg attacker boasts great technical ability coupled with frightening pace, everything Liverpool need in an attacker.

Numbers always speak for themselves. The youngster has already scored 18 goals in 31 games this season, as well as 4 assists. Not just this, he has 4 goals in the Champions League in 21/22.

The forward is also very versatile in attack. Capable of playing on either wing, as well as up front, the German can slot in anywhere in attack.

According to Marca, PSG star Kylian Mbappe has turned down a ‘blank-cheque’ offer from his present club. He doesn’t want to stay in France beyond the end of this current season when his current deal expires.

Liverpool have entered the race to capture Mbappé on a ‘free’ move, according to Catalan news publication Sport. With the French striker claimed to be enthusiastic on the proposal that the Reds have put forward. 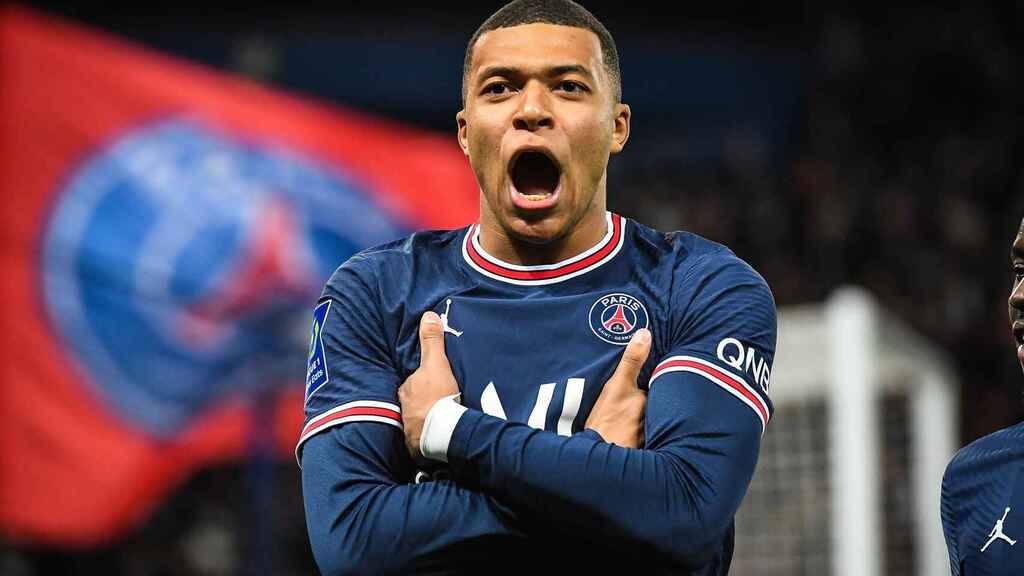 Jürgen Klopp is also be a ‘pull’ factor if Liverpool’s resources allowed them to fund a move for the Paris Saint Germain striker. The striker will demand a large salary even if no transfer fee was paid.

The German manager has also built up a reputation for himself as a coach capable of grooming youngsters. This may prompt Liverpool to pull off the unthinkable and steal Mbappe from Madrid.

The PSG forward was set to join Real Madrid in a deal around £200 million last summer. Nevertheless, PSG refused to budge from their position on not selling him.

The PSG star’s entourage has refused Barcelona and Man City every time they’ve inquired about Mbappe. The French international has always dreamed of playing for the Real Madrid, being a childhood supporter.

PSG offered Kylian Mbappe a blank check and told him to write down the price he wanted.

However, after seeing Carlo Ancelloti’s Real Madrid, the superstar has started having doubts. This has prompted speculation in the footballing world that the Reds may be back in the race for him.

While Klopp’s men lost to Real last season, they’re one of the best teams in Europe currently. Not just that, Mbappe himself would fit in like a glove in Jurgen Klopp’s system.