Catch up on all the news, preview, recent form and more as Reds take on the Hammers in Gameweek 28.

Liverpool actions returns to the Premier League as they host West Ham after two triumphs in different cup competitions. The Reds will look to exact their revenge for their defeat against Hammers in November.

David Moyes’ team will look to do the impossible by doing a league double over the German manager’s Liverpool. The English coach on the other hand, has an abysmal record at Anfield. 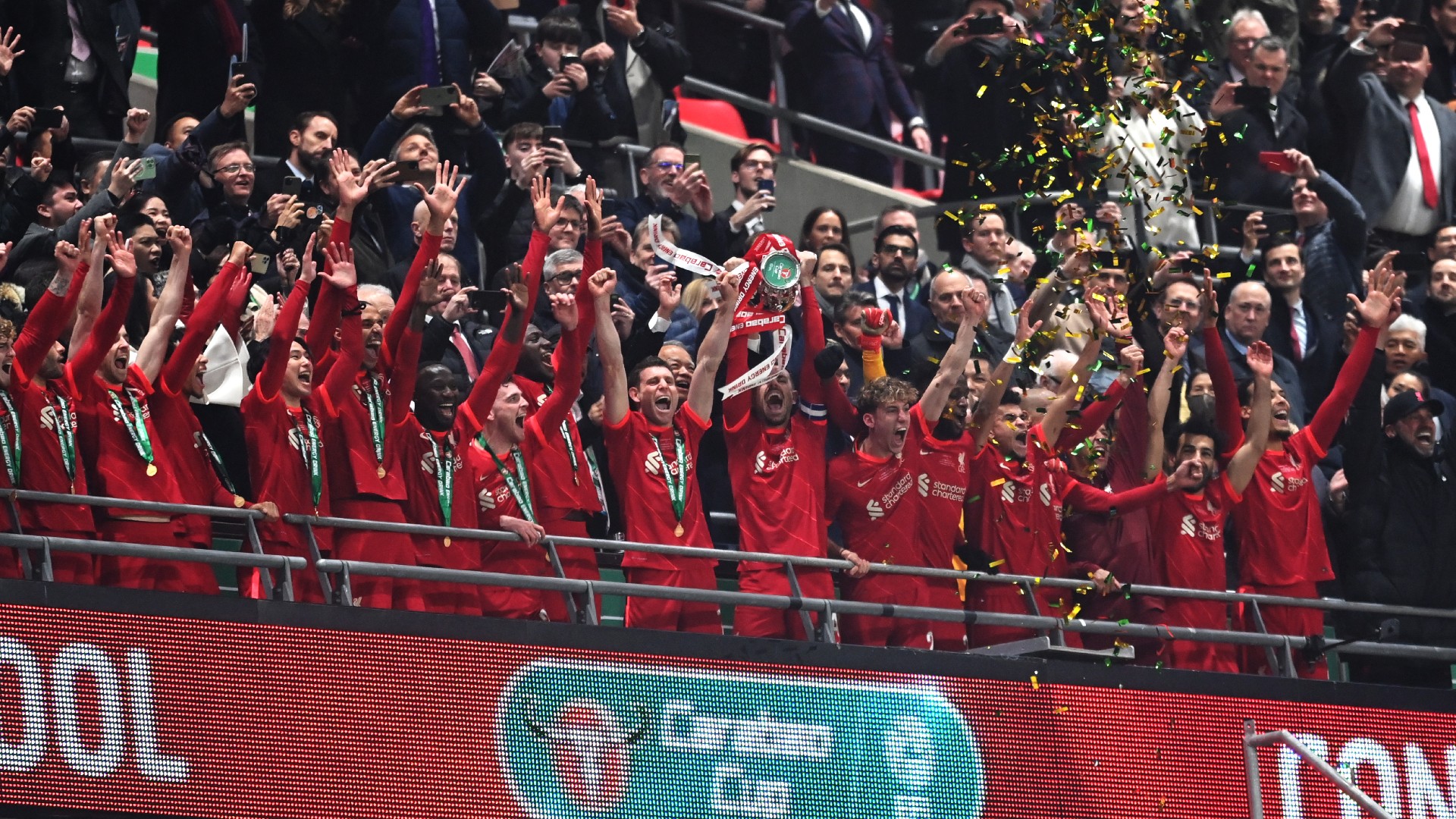 Another addition to the Liverpool trophy cabinet

In all of his visits (17!) he has never managed to get a win against the Reds. With West Ham, however, Moyes will be looking to not see a repeat of his unfortunate personal record.

On Liverpool’s end, they will hope to ensure the pressure stays mounted on Pep Guardiola’s City over the week. They are only 6 points behind the Blue team from Manchester, but have played one less game.

Team News for the Reds against the Hammers

Jurgen Klopp confirmed in his pre-match press conference that Reds will be missing a host of players. Curtis Jones was taken out against Norwich as he was seen feeling his leg.

While, Klopp confirmed it wasn’t anything serious, he wasn’t up to risk it.

📺 Jurgen Klopp with an injury update:

"I'm pretty sure Thiago is not available. Curtis is not bad but good enough for tomorrow? We’ll see. Matip is ill, but it's not covid. He will not be available." 🔴 pic.twitter.com/94KECbvvUw

He also confirmed the trio of Joel Matip, Roberto Firmino and Thiago Alcantara will remain sidelined.

Joel Matip is suffering from an illness unrelated to Covid, Thiago has hamstring issues while Roberto Firmino may be back in contention for Inter Milan.

Recent form in the Premier League

Despite West Ham’s amazing performances this season, which includes a 3-1 win over the Reds, we expect a Liverpool win.

The Reds are coming on the back of a cup victory last week over Chelsea and seem unstoppable in the league. It’s crucial for Klopp’s men to keep the pressure on City, and they rarely take the pedal off gas when they’re the underdogs.