Check out all the tweets, reactions and post-match thoughts as Reds hammered Leeds with 6 heavy goals. Scroll down below to catch the match and post match happenings down below. 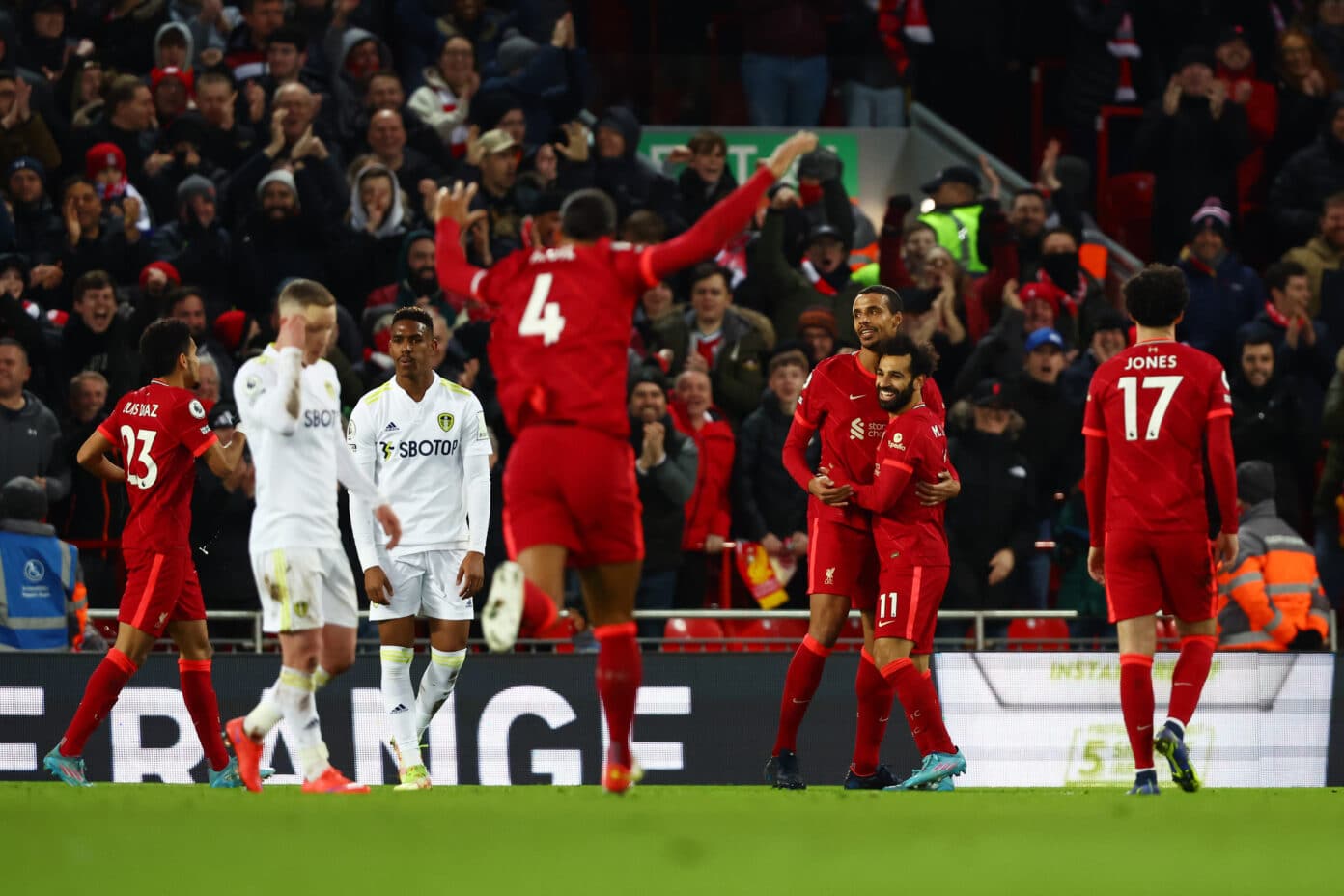 Salah bagged a brace yet again as he seems unstoppable

Liverpool took on Leeds United at Anfield and delivered a harsh beating to Bielsa’s team in a midweek Premier League clash. The game was dominated by Klopp’s men from start to finish as Leeds failed to even worry the Reds.

The first goal came from a Salah penalty as a Leeds defender committed a handball to a Robertson cross. Mohammad Salah made no mistake in placing it in the bottom right corner.

Into double figures for goals and assists in the @premierleague this season 👏 pic.twitter.com/fcczHBBDRP

He would also score Liverpool’s third but not before Matip would give Reds their second by making a dashing run forward. Liverpool’s domination would continue in the next 45 minutes as well.

Have a look at Joel Matip’s amazing goal below!

After seeing Matip’s goal, even Virgil Van Dijk couldn’t help but admit he was jealous of this ability his partner has.

🗣 “It’s a big quality of him – I wish I had that quality at times!”@VirgilvDijk was delighted to see Joel Matip finally be rewarded with a goal 🙌

At the 80th minute mark Mane begged his first and just 10 minutes later he turned it in a brace. In the dying embers of the game Virgil Van Dijk headed in one from a corner to make it 6-0.

Thanks to this victory, Liverpool are now only 3 points away from league toppers Manchester City.

The gap to Manchester City closes to three points 👀 pic.twitter.com/68YOxIwrfW

Liverpool will seriously threaten Pep Guardiola’s hold on the top spot of the Premier League. Nevertheless, with City losing form currently, now is the time to mount pressure for Klopp’s men.

Now, onto some records Liverpool broke during the game and let’s start with this.

Has gone under the radar but Liverpool have had 17 different goalscorers in the Premier League this season after Matip’s goal last night, equalling the club record for the third time under Klopp.

However, this amazing record is only an appetizer to what Sadio Mane achieved against Leeds. This amazing feat is a testament to his quality.

With this, the Senegalese has cemented himself as one of the greatest Africans to play in the PL, alongside Moh Salah.

Now, after this game, Liverpool look to take on Chelsea in the EFL Cup final on the weekend. Liverpool beat Arsenal in the semi finals and managed to qualify for the final.

On the other hand, Man City will take on Everton tomorrow and Reds will be hoping for a way so both teams can lose. Thus, Liverpool may make the 3 point gap permanent for a while.

Related Topics:
Up Next